August 17, 2016
Since I drive a lot, I've been listening to more and more audiobooks that I get from the local library. Cast a Blue Shadow by P.L. Gaus is the latest.

In Ohio Amish country, Juliet Favor, the rich benefactor of the local college, is found murdered after hosting a party -- and everyone there has a motive. Including her two children, who are about to be cut off from her massive inheritance. A witness may hold the key to solving the investigation, though. Martha, whose family left the Amish when they converted to Mennonite, is dating Favor's son. The sheriff believes she may have seen something, but she is so traumatized she can't speak. Is she protecting someone? Or did she commit the crime herself?

It was a bit of a struggle to choose between 3 and 4 stars. However, the plot was so well executed, the mystery so interesting, and the characters and setting so well-planned that I found myself borrowing one of the prequels to listen to next. Since it was the fourth in the series and I didn't read the first three, I perhaps took a little longer to get into it than I normally would. 4 stars it is! 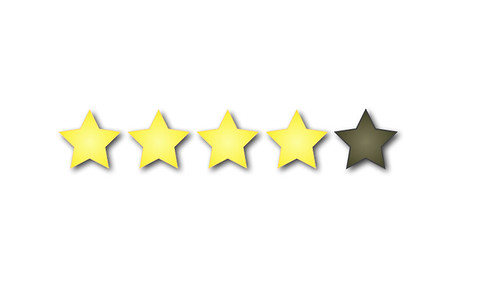 I liked Cast a Blue Shadow because it felt fresh and original while still incorporating some of the hallmarks of the closed-door mystery. All the guests at the Favor mansion had some intriguing backstory and motive to kill Juliet Favor. There was her independent daughter, who is about to get cut off for being a lesbian; her daughter's girlfriend; her loser son and his girlfriend Martha; the board and all the professors; her lover; the butler...In many ways, it's a classic mystery setup. Agatha Christie would approve.

The sheriff Robertson and his friend Professor Brandon were at the center of the story. Brandon is the main character. He has ties to the Amish community as well as a close connection to the witness/suspect Martha, who is his TA at the college.

Martha was an intriguing character. When she begins the novel, we get the sense that all is not right with her. She seems depressed, and she acts ashamed of her Amish roots. She has nightmares, is failing at school, and sees a psychiatrist but can't remember her childhood.

Later, we learn that Martha was abused as a child by a neighbor and had to give up a baby she had at 14. This was partly why her family converted from Amish to conservative Mennonite. As a child, Martha became silent in reaction to her abuse. Now, she falls silent again. A big part of the book is her attempting to work through her childhood trauma so that she can testify.

The killer vs. the antagonist

While the killer was, well, the killer, they weren't necessarily the antagonist. The antagonist, surprisingly, was Sheriff Robertson. Brandon deliberately hides facts from him because he knows Robertson will just alienate and traumatize the already-traumatized witness.

Robertson has a disturbing lack of compassion for who he tramples over on his quest for justice. His lack of regard for the physical and mental health of a witness is disgusting. Since he's already decided Martha is the killer, he's willing to treat her like shit in order to prove it.

The contrast between the softie professor and the hard-nosed sheriff makes for good conflict and entertaining characters.

I picked this book for a "diverse reads" review for two reasons: two major characters, Martha and Robertson, suffer from mental illness. The book casts their struggles in a compassionate light. Cast a Blue Shadow also portrays members of a minority American faith: the Amish, and all the related splinter groups.

At one point, a Mennonite pastor gives an illuminating summary of various different denominations of Amish and Mennonite, and what each one believes. He wryly concludes that it would take a trained anthropologist years to sort out the differences, and even then they'd probably get it wrong. This book doesn't claim to speak for all Amish people, but it does its best to represent the diversity of a little-understood faith. The Amish and Mennonite characters experience discrimination based on faith, but they also have strong convictions and defend their way of life.


However, not all the characters look on the sect with approval. Martha's family leaving the old order Amish is lauded by everyone as a good thing, to the point that the book heavily implies the Amish community was allowing the abuse to continue or somehow protecting her abuser, even if only through silence. Characters claim that the Amish aren't backwards, but Martha's love interest cites "backward" Amish life as his reason for wanting to convert. Only then will Martha will accept him.

Overall, whether the book's portrayal of Amish life is positive or negative, fair or prejudiced, is unclear. Suffice it to say that there are a number of different characters with different opinions on the subject.


Doctor Carson has worked with Martha since she was a young girl. For some reason, the idea of recovering from childhood sexual abuse while pregnant and then as a new mother is portrayed as the less traumatic option. The potential for PPD never gets a mention. She'd also have to give up college, where she has friends and does the art that she loves, until she's better and the baby is older. I guess we have to accept that as her doctor, Carson knows Martha better than we do. But Martha, voiceless for the majority of the book, doesn't get the chance to express an opinion until the very end.

More egregiously, the fact that Martha previously had a traumatic birth at a young age -- where she nearly died and then gave the child up for adoption -- is treated like a side note. I mean, that's kind of huge, right? Surely a pregnancy now, again with an absent father, would raise some of those issues for her? Is it even physically safe for her to have a child?

For fuck's sake, this character nearly died in childbirth at 14. The trauma of that birth -- physical and mental -- is never even a consideration for characters written by an author eager to push an anti-abortion message. We don't even know if this was Martha's choice. At 14, she probably had little say in the matter. If she was still voiceless, she had no say in the matter.

I suppose that with Martha's conservative culture, getting an abortion could be traumatic. But that is never cited as a reason. The anti-abortion viewpoint felt forced. Abortion, adoption, physical trauma from childbirth -- these are topics that don't fit well in footnotes. Especially when they involve a main character with a serious mental illness. These are all factors in Martha's backstory, crucial for the reader in understanding her mental state at the time of the action. There are ways it could have been handled well, but Gaus didn't do them.

There are times I'll be reading a book and just sigh and think, A (cis) man wrote this, clearly.

Of all the audiobooks I've read lately, this performance was one of the best. If not the best. It was a male reader, but he did this thing with the female "voices" that set them subtly apart without trying too hard to make his voice high or "girly." His expression, characterization, the way he differentiated the characters even in pages of tagless dialogue -- everything was perfect. 5 stars to the audio part of the book.