So why the hell would I read the sequel?

Well, I got these as a pair to review. I thought they were going to be funny and sharp, and I looked forward to a worldly, sarcastic protagonist. The book WAS funny and interesting in parts, with enough serious drama and suspense to hold my interest -- but I had to slog through LOT of bigoted crap from Valentina. I got to her lecture on how poor women are ruining society and was finally like, NOPE. DONE. DNF.

BUT! Free books are free books! And I was hoping for some character growth in the sequel. I did end up skipping to the end and listening to the final chapters. The conclusion was such that I found myself wondering what the heck this character was going to do with her life now.

This is a lone case of me hating the first book and liking the sequel. Usually if I hate a book I don't even read the sequel. 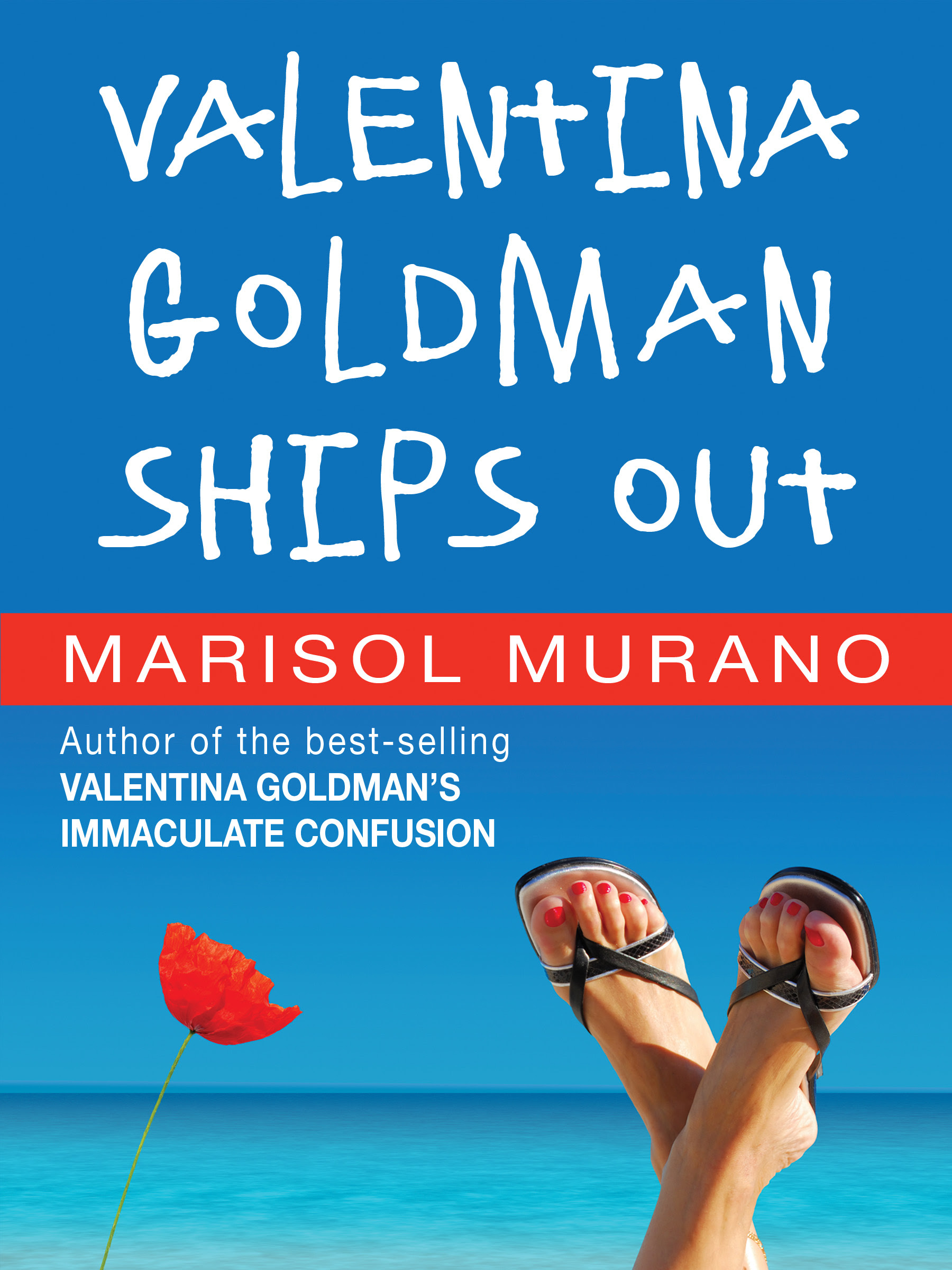 After Valentina's husband Max killed himself (back in book one), her stepdaughter Emily left for Ecuador to find herself and left Valentina alone in the house. A widow in a foreign country, with no job, left to manage her late husband's disastrous finances, Valentina just barely manages to keep it together. When her mother swoops in one day, she pronounces Valentina depressed. What Valentina needs, she declares, is to get away from it all. She needs to go on a cruise.

Left adrift by her husband's death, Valentina is literally adrift on the high seas on a mother-daughter cruise. She does her best to enjoy herself but keeps coming back to her "lonely widow" status and the questions surrounding her husband's death. On the cruise, however, she finds new friends, some peace, some adventure, and perhaps a little romance.

In the first book, Valentina was always addressing Emily, her stepdaughter. In this book, which is also in first person, the addressee is not always clear. At times she appears to be addressing Max, who now sits in an urn on her mantel (and who accompanies her on the cruise). At other times, this appears to be a general first person narrative. I think I may have been confused by the audiobook format; perhaps it's clearer written out. I both missed the neat structure of the first book and enjoyed this form of address far better.

Without Emily to talk to, it seems that a lot of Valentina's posturing and viciousness has diminished. She's still judgmental -- but whether she doesn't feel the pressure to act "strong" in front of her stepdaughter or whether she's softened by grief, she seems like less of a horrible person.

One thing I found touching in this book was the way it looked at Valentina and Emily's relationship. Valentina does feel a need to be a good stepmother and mother figure to Emily, but always keeps in the back of her mind the fact that she is the second mother. The substitute mother, not really the mother Emily wants. Emily's biological mother is abusive, frequently leaving Emily in tears after every phone call. But, as Valentina sadly observes, we crave the thing we are denied, so Emily keeps going back to her mother to try to win her love and affection.

Mother-daughter relationships are also important to Valentina's story. Valentina's mother is a psychiatrist who tends to be cold, calculating, and controlling even when she has her daughter's best interests at heart. The mother-daughter dynamics on the cruise provided a lot of conflict. Valentina resents that her mother's sole vision of happiness for her is as a heterosexually married woman with biological children. At the same time, Valentina's mom is clearly trying to be supportive and present in the only way she knows how.

One thing I disliked about the mom-daughter relationship was that Valentina's mom is very much bigoted towards gay people. I thought this was used as a way to deflect from some of Valentina's own prejudices, making her seem not as bad by comparison. The gay couple Valentina befriends, however, are fun characters: the cynic and the Southern gentleman.

Yeah, these books are still pretty much shit for mental illness and disability.

A lot of Valentina's attitudes seem pretty fucking callous for someone whose husband killed himself. In the first book, she derides people she doesn't like by fake-diagnosing them; stereotypes depressed men as cheaters; calls anyone skinny an anorexic; and even tries to talk Emily out of therapy by convincing her that maybe she's not really depressed. She is against "clinical" diagnoses, completely opposed to medication, thinks psychotherapy is a scam, and even more disdainful to people who ARE diagnosed with something.

Hence why she is so horrified when her mother proclaims that she is "clinically depressed." Valentina spends a good long while saying she can't be really depressed; she's just grieving. By the symptoms she describes, she does seem to have lost a lot of her old habits and interests. Clinically depressed? I don't know; however, being depressed after the loss of your husband is not some kind of horrible thing that you should rail about for pages and pages. It's entirely reasonable. A diagnosis is not a condemnation.

I can't even with these books, honestly.

Also, Emily's mother Helen is "borderline," meaning borderline personality disorder. Whether that is her diagnosis or whether Valentina has just made that up (as is her habit) is unclear. Either way, the stereotype about women with BPD is that they are emotionally abusive, manipulative, and bitchy. This is Helen to a T. While it's certainly true that mentally ill people and those with personality disorders can be abusive, adding another character to this trope doesn't do anyone any favors. It's a problem because abusive, manipulative characters make up the majority of representation of mental illness in fiction. It was another thing that made me sigh quietly to myself.

Overall, Valentina seemed more introspective and self-aware in this book. She still annoyed me at parts, but overall I found myself entertained -- even charmed -- by Valentina Goldman Ships Out. I still had some major problems with it, but Valentina grows as a character as events unfold on the cruise.

Ginger Roll is just as amazing in this one as she was in the last one. Her narration also kept me going through both of these when I might have put it down otherwise (especially the first one). She adds a lot of nuance to Valentina's character.